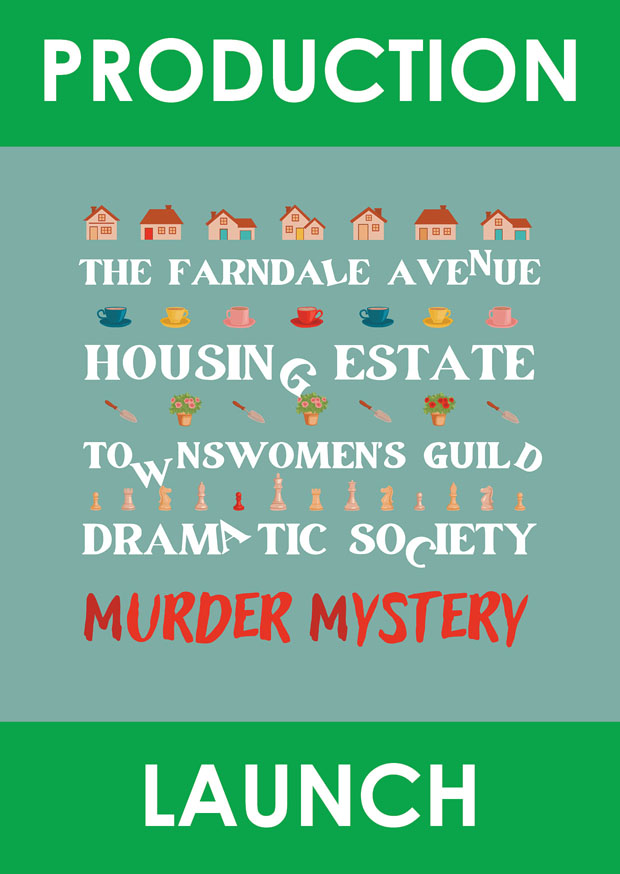 This is undoubtedly one of the funniest farces I have ever read. Apparently it was the inspiration behind ‘The Play That Goes Wrong’ which has played to record audiences in recent years.

It’s a play whereby the play they are attempting to perform goes horribly wrong. Lines are forgotten, even several pages of the script are omitted, props fall apart all adding up to an evening of total incompetence.

The action of the play within a play takes place in the drawing room of ‘Checkmate Manor’. Time set is the present.

Are you interested in getting involved in this production, either onstage or off? Come along to this production launch to meet the director. There’ll be a read through of the play and you can then decide if you’d like to get involved.

For people interested in acting, the auditions will be on Monday 7 November 2022 at 7.30pm in the theatre’s Upper Foyer.

The cast of 5 take on a variety of roles (often badly!) in ‘Murder at Checkmate Manor’ amidst the ensuing chaos. They are as follows and age is no barrier –