Production Launch – ‘Death of a Salesman’ 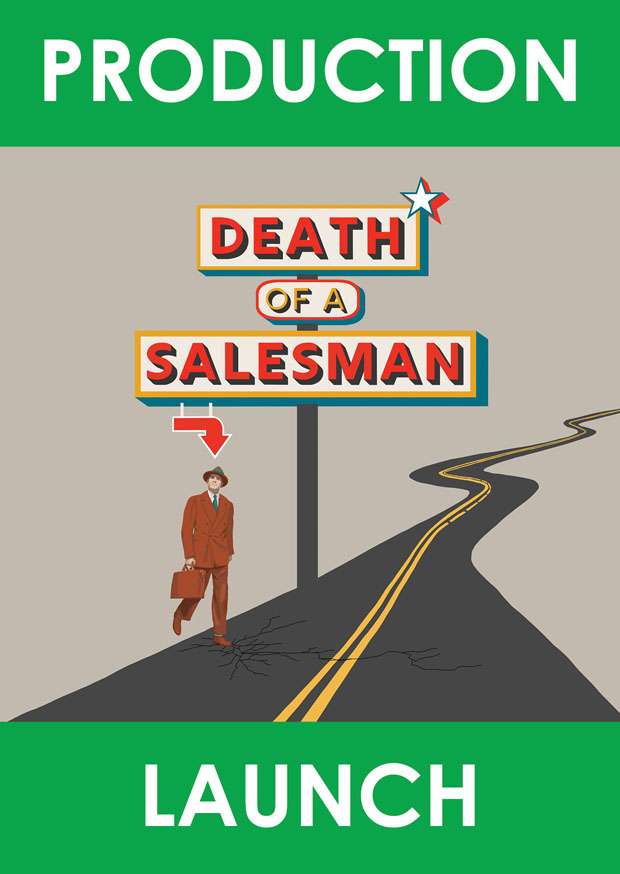 Death of a Salesman by Arthur Miller

Written in 1948, Death of a Salesman is considered to be one of Arthur Miller’s major works, along with The Crucible and is described as a tragedy in two acts.

We follow Willy Loman (our Salesman) and watch, through a series of montages and flashbacks, how he appears to be slipping to senility.

Although the play was written 75 years ago, it’s themes are still very current – failing mental health, unattainable goals that we and society place on ourselves and each other.

I am very excited to be able to explore these themes and others that the play presents and look forward to working with a group of people who want that as well.

Are you interested in getting involved in this production, either onstage or off? Come along to the production launch to meet the director. There’ll be a read through of the play and you can then decide if you’d like to get involved.

For people interested in acting, the auditions will be on Monday 5 December 2022 at 7.30pm in the theatre’s Upper Foyer.

William “Willy” Loman: The titular salesman. He is 63 years old and unstable, insecure, and self-deluded.

Linda Loman: Willy’s loyal and loving wife. Her age is comparable with Willy.

Charley: Willy’s somewhat wisecracking yet kind and understanding neighbour. Age comparable with Willy (old enough to have a son of a similar age).

Bernard: Charley’s son. He appears in flashback, so could be younger.

Ben: Willy’s older brother who became a diamond tycoon after a detour to Africa. Any age but is played younger as he appears in flashback.

Stanley: A waiter at the restaurant who seems to be friends or acquainted with Happy. Age Mid 30s.

Miss Forsythe: A girl whom Happy picks up at the restaurant. Age mid 20s.