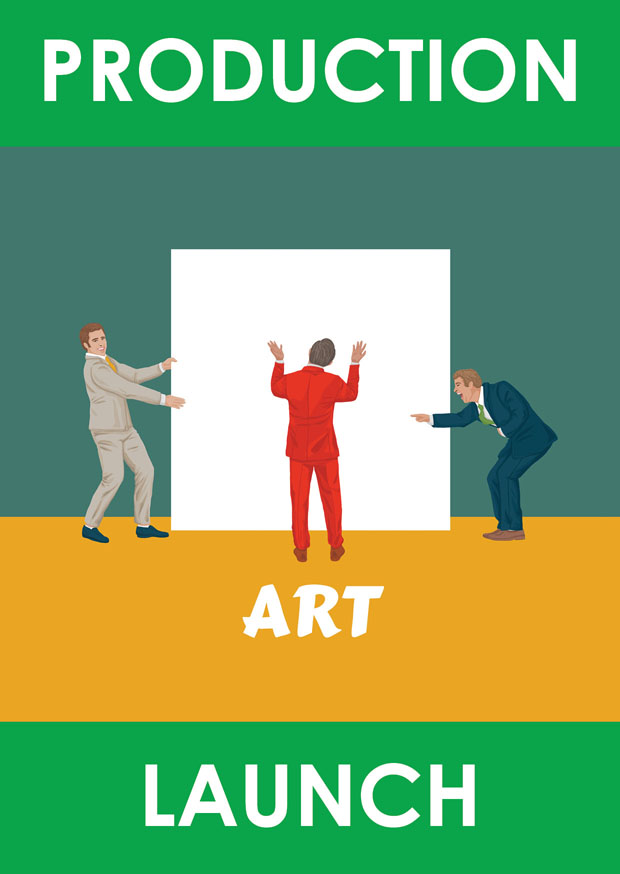 Art is a funny and thought provoking play which examines the nature of friendships (particularly male friendships) and what happens when one friend does something unexpected which changes their friends’ view of them. The play takes place in the homes of the three protagonists and is set in the present day.

The play was written in French and this translation by Christopher Hampton retains some French characteristics such as names and references to currency which we will change to British equivalents to make the play more relatable.

Are you interested in getting involved in this production, either onstage or off? Then come along to this production launch to meet the director. There’ll be a read through of the play and you can then decide if you’d like to get involved.

For people interested in acting, the auditions will be on Monday 18 July at 7.30pm in the theatre’s Upper Foyer.

There are only three (male) characters and the play depends on them being very different characters indeed. Their age is fairly immaterial but should be reasonably similar although Yvan can be younger than the other two.

Serge… is a successful and solvent dermatologist. He expounds an interest in and knowledge of art in general and in modern art in particular. He aspires to be an Aesthete if he isn’t actually already one. He may be a real expert or he may be a poser – but he is very excited about and proud of his latest, very expensive, acquisition which is a painting. He is well spoken, highly educated, well read and, perhaps, slightly fey.

Marc… is an engineer. He sees everything in fairly black and white terms. To him, art is a picture of “something” and he dismisses anything which steps out of a traditional definition as pretentious and without value. He questions his friendship with Serge because he can’t understand how a friend of HIS could do such a thing. He is neat, tidy, everything-in-its-place, straight forward and definite. He’s a Bloke and sees no reason why everyone shouldn’t be exactly like him.

Yvan… is a complete mess. His life is in turmoil and always has been. He is always late, he dresses badly, his impending marriage is looking disastrous, he loses things – the man is a bag o’ washin’! He can barely think straight and, as evidence, he has a two and a half page monologue made up of a single sentence with 130 commas in it.